Apps created with the App Generator have three metrics that can be viewed after activation:

In the configuration of an app, the option for recording app metrics is activated under Overview > Basic.

The data on which the display is based is recorded from the time of activation. It is not possible to view the metrics retroactively.

For app metrics Average cycle time, it is mandatory that one or more end statuses are defined in the Workflow tab.

Open app metrics
The app metrics can be opened via the three-point menu in the view of an app. 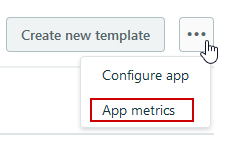 In the display of the app metrics, the corresponding metric is selected via the drop-down field Shown app metric. 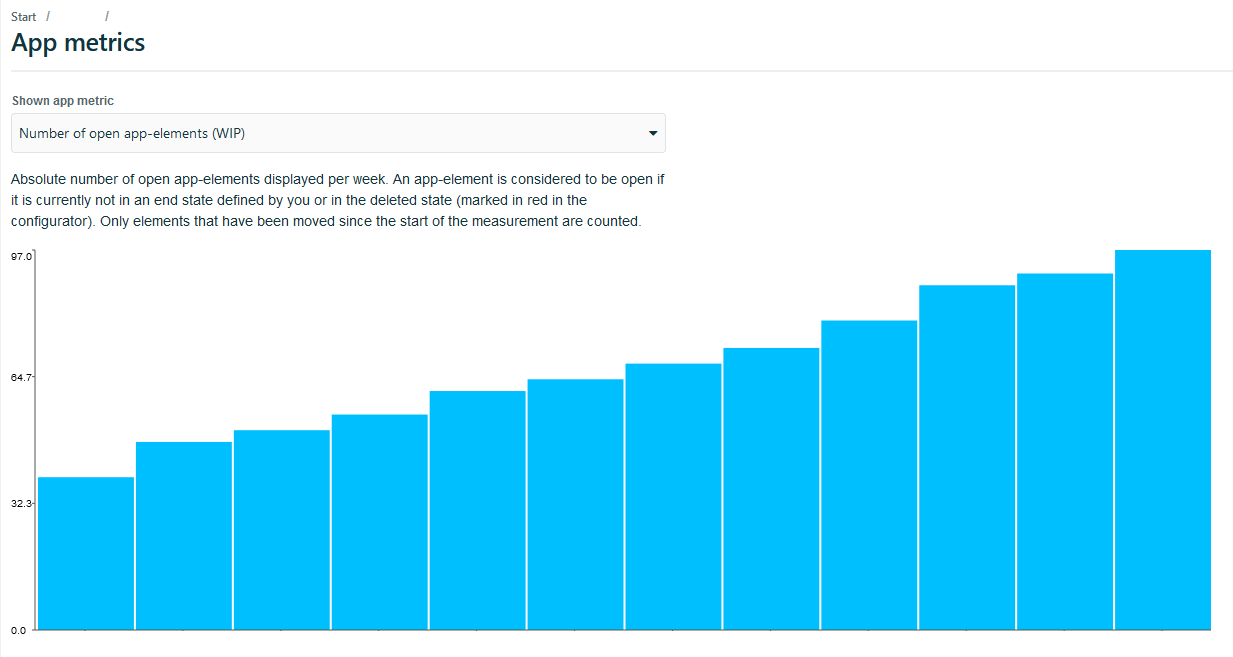