Adapting the release process is a deep intervention in the management system and should therefore be done with care. The standardized release process of Q.wiki is based on the experience of hundreds of projects and has proven itself many times over: The two-stage release enables quick changes while simultaneously controlling the content. This fulfills both the standard requirements and the requirements of an agile management system.

It is recommended to choose between the following release processes:

Experience has shown that the addition of a release stage leads to a significant delay in release, up to and including complete paralysis of the management system. An adaptation beyond the above recommendations is possible in cooperation with the consultancy. The content-related as well as technical complexity of such an adaptation makes a short project necessary. In order to adapt the release process, an appointment can be booked here.

Pros and cons of more than two release stages

The following adjustments can be made to the release process: 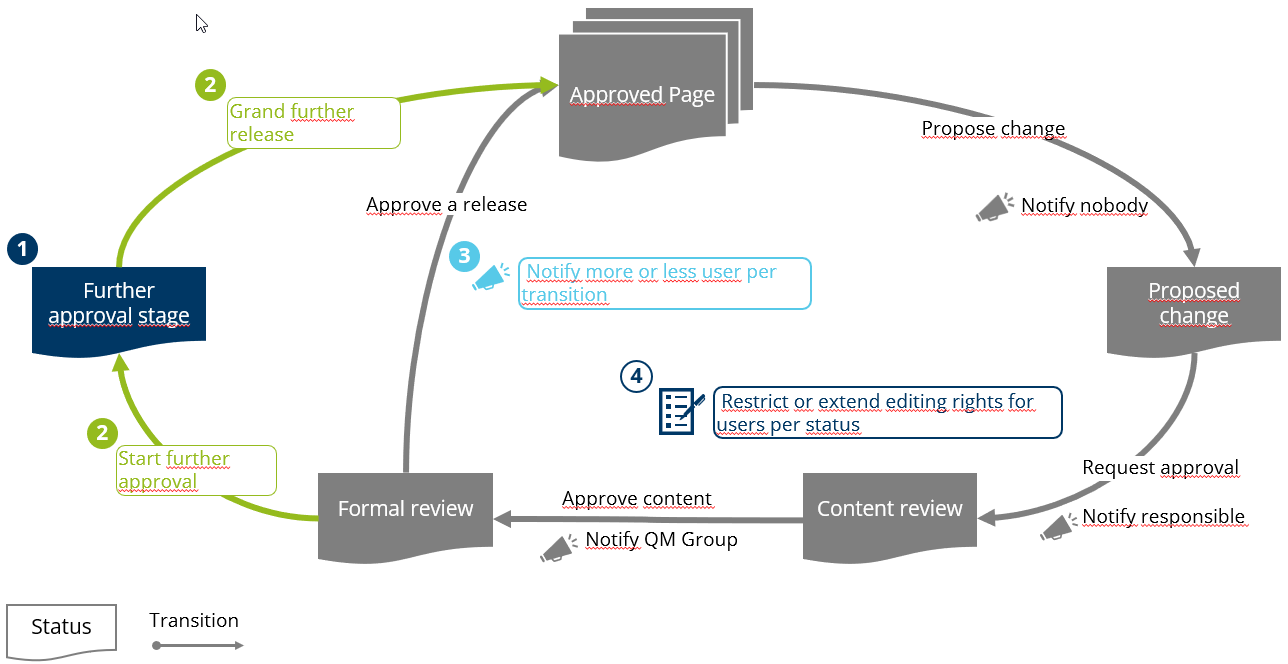